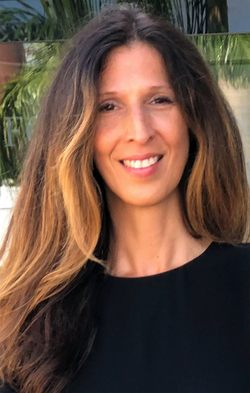 As a fine arts student at Norwich Free Academy in Connecticut, a professor noticed my interest in fashion and suggested that I apply to the Fashion Institute of Technology. I applied to the school and was excepted into the 'Textile Design' program; which was followed by the 'Production Management for Textiles' program. After graduating in 1996, I became an assistant apparel designer for Bugle Boy and later an associate apparel designer for Rider/Wrangler. While working in these positions I developed a fondness for computer skills rendering so I decided to take a position as a computer artist at Ralph Lauren; where I spent the next five years.
In 2005 I had the opportunity to enter graduate school, which was a goal I always dreamed of achieving. I received a presidential scholarship at the Academy of Art University to study fashion design in San Francisco and was also excepted into the master's program of Asian Pacific Studies at the University of San Francisco. Learning Mandarin Chinese was a hobby of mine, and further language study would enhance my skill set in the fashion industry so I decided to take on both programs.

A week after moving to San Francisco for graduate school I began contracting at Old Navy as the accessory designer for the men's division. I created the summer and fall lines before I was transferred to the boy's division where I designed the fall, holiday, spring and summer lines. I left Old Navy to move back to New York for a year in 2007 to be closer to my dad who had pancreatic cancer. During this time I freelanced as a bag designer for Lulu handbags, Victoria's Secret,  Aeropostale, and Skiphop.

The fashion design at the Academy of Art was amazing; I loved draping, however I realized my true passion was in accessory design.